A Case Study: How My Client Boosted Her Results 3,400% Using A Professional Online Dating Profile Writer

A Case Study: How My Client Boosted Her Results 3,400% Using A Professional Online Dating Profile Writer


Share
Tweet
+1
In this article I will be discussing how my client went from quitting online dating within 3 months, to boosting her success rate 3,400% after using yours truly as a professional online dating profile writer.

Jamie Brown first signed up for Match.Com after being in a relationship for nearly 8 years. Reasonably attractive, hard-working, and passionate about life, the concept of online dating was completely foreign to her, but she was hoping for the best.

The results of this new venture?   After 19 days of feeling frustrated, exhausted, and completely overwhelmed, Jamie quit online dating.

But Jamie’s story doesn’t end there.  All her friends were in relationships or married, so meeting new people offline proved to be more difficult than she thought it would be.  A few months later Jamie decided to give online dating another try. Only this time, Jamie was determined to find a little professional help with the process.  After doing some research, she called up my online dating profile writing service to see if my profile writers would be the right fit for her.

And that was when I first met Jamie, who would eventually become a great friend of mine, and more importantly, one of my favorite success stories.

Jamie and I talked for a little bit on the phone about my profile writing service and I quickly determined that this woman was an amazing catch.  It was almost hard to fathom how she could possibly be single.

After talking for a bit, I thought it would be a good idea to evaluate the original profile that failed to bring her success.  Her entire Match.Com account from a few months prior was still posted, which proved very valuable.  It took me less than 5 minutes to realize that Jamie had a wide variety of issues that were keeping her from attracting quality men.

Below are just a few of the many reasons Jamie’s online dating profile failed to attract quality men:

Overall, this very same woman who was unbelievably personable and charming over the phone, was a complete and utter bore in her online dating profile.

Phone Jamie was a woman that any man would fight to have a chance with. Online dating profile Jamie bored me to tears and didn’t intrigue me in the slightest bit.

I was so intrigued by Jamie that we wound up talking for well over an hour, which is completely a-typical.  We clicked as friends right away, what can I say?

After talking for nearly an hour, I made Jamie an offer that I’ve never made another client.  For a long time I had been wanting to do a case study on a actual customer of my profile writing service.  I asked Jamie if I can write her online dating profile for free and offered her a months worth of free coaching as well.

All I wanted in return was to be able to track her results and follow up on her progress.   Being the cool person that she is, she said that sounded like a really fun idea and even offered to still pay for the profile.  Of course, I insisted that it was on the house!

So I went through Jamie’s results prior to using me as a professional online dating profile writer.  Luckily, her past emailing history was still present once we re-activated her membership.  After 19 days on Match.Com she had:

This added up to a total of 27 variations of expressed interest towards Jamie over the course of 19 days.  After taking into account duplicate contacts (For example, the same man sending a wink and email), it added up to 22 men.

In theory 22 men to choose from in 19 days would be fantastic .  But keep in mind, this is what I would call, “dirty data.” It’s not about quantity, it’s about quality.

Out of these 22 men, nearly all of them fell into one of the following categories: spammer, too old, too young, too creepy, too socially inept, too unsuccessful, or too un-attractive.

When all was said and done, Jamie informed me that she only had interest in going on a date with 1 of those men, but nothing ever materialized out of his wink.

Once the original data was gathered, I began the process of creating the new and improved Jamie 2.0.  I started with the written portion of her profile and made the following improvements:

After this I set about improving her online dating photo gallery.  My key goals were as follows:

The Results of This Experiment After 19 Days Were Mind-Blowing.  Jamie had:

This adds up to a grand total of 951 contacts from other men.  Before we get into just how amazing this data is, let’s take note of the following facts:

So just how worthwhile did her results turn out to be after working with us (once that dirty data was weeded out)?  Jamie’s results went up a whopping 3,400 percent!

Out of those 951 contacts (many of which were duplicates) 34 of those were men Jamie was interested in. Whereas she only had one quality man contact her the first time around, she now had 34 men who at least had the potential to be quality dates in the same 19 day time span.

But here’s the best part.  Jamie is now happily married and we are great friends to this day.  That’s right, married with her first child on the way at the time of this publication.

And although I didn’t charge Jamie a dime for my services, had she paid, this $149.99 investment would have resulted in a husband and a beautiful child.  Now that’s deal I’d sign up for every day of the week and twice on Sunday.

Nobody is guaranteed online dating success.  You have to earn it by putting yourself in the best position for it at all times. But once you set yourself up correctly, all it takes is a little bit of time, and a little bit of good luck before you find a love story of your own.

If you want to achieve the same type of success that Jamie had, make the investment of a lifetime by hiring my handpicked and world famous profile writers.  With a success rate of over 99% since 2009, this is the ultimate investment in your time, quality of dates, and future happiness.

Ready for some professional help?  Click below to join our club of over 20,000 satisfied customers!

Joshua Pompey Has Been Featured On: 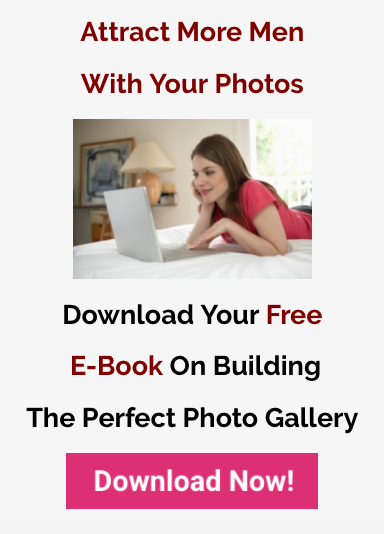